We were proud to be the lead sponsors again this year of the Paul Strank Charity ball – held at the Bank of England sports club in Roehampton. We had a great night with all the team running VARIDESK and a few clients.

Our American partners generously contributed an extra amount to our sponsorship amount which goes straight to a charity based in Merton which provides care for terminally ill children. A local charity which our staff help out at during the year – and especially at Christmas alongside the staff of Paul Strank Roofing.

We thank Paul & Irene for allowing us to work so closely alongside their charity work which they have been doing for many years. 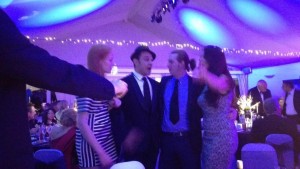 Rob Laughton works to ensure that Rt7's companies continue to develop and grow.

He is responsible for generating interest in products and services we offer by leveraging online and offline marketing. He also spends his time writing about the world on his personal blog

View all posts by Rob Laughton