Easy to switch from Portrait to landscape monitor use

More information have a look at www.varidesk.co.uk

The Office Desk of the Future 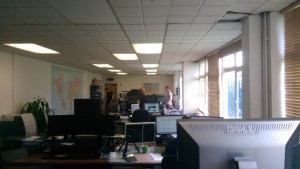 VARIDESKs in our London office

Our work with the VARIDESK brand in the UK has led us to completely change the way staff in our London, Essex and Cape Town offices work. We wanted to share a few observations we have made over the last year on standing while working and then onto what an office desk of the future may look like today.

To start with we simply offered a VARIDESK to any staff that were interested and out of around 40 office staff there were five takers. We simply placed a VARIDESK on their existing desk and let them use it – advising them to download the VARIDESK desktop app and allow this to remind them to switch between standing & sitting during their working day.

A wiser man than myself has said of standing at work – “It always starts with a lone soldier, who inspires a platoon and, eventually, a whole army”. Out of the initial five, myself and one other used the desk daily – but we found that following the app didn’t work for us and simply changed between standing and sitting position when the mood took us.

Then the other three soldiers started to switch between standing & sitting in unison throughout the day. Lemming-like behaviour which was strangely endearing. With five out of twenty standing at various points in the day,  we started to have previously sceptical individuals ask if they could try out a desk. We now had a critical mass of adventurers & others were following.

Standing desks were taken up by a further 10+ staff over the following months and we rolled out wireless keyboards & mice to all the users. Old peripherals had reached the end of their life, and wireless equipment makes using the VARIDESKs a lot easier. For many of the adopters we also upgraded them to a dual monitor working environment which we increasingly find boosts productivity enormously.

One morning as I looked out over my desk in our London office there were more people standing than sitting. And people were seeing the advantages daily. Most users were still switching from standing to sitting – apart from Ben who runs our Man and Vans business who had found a stool and was keeping his desk in a raised position throughout the day. Something three of us now use a stool or the more upmarket Murvan – allowing us to completely ditch our office chair.

We find ourselves in July 2014 and there is not one desk in our London office without a VARIDESK. Last week we even had one of our Essex staff come down and request a desk.

The Supersonic Uber Office Desk Of The Future

After a year of using the VARIDESK I have changed a number of elements to my office desk and wanted to share some photos and links to products that compliment/encourage the use of a VARIDESK. 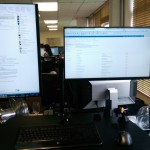 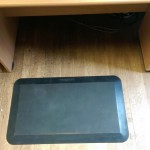 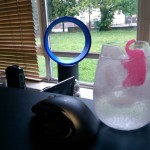 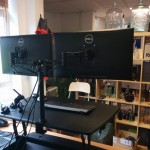 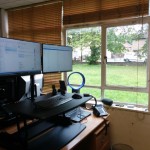 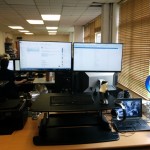 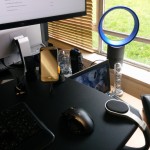 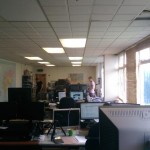 VARIDESKs in our London office

DELL LATITUDE e6530 – Perfect laptop for high performance on the go, alongside great dual monitor resolution in the office

HTC One M8 – If you want a great Android based phone then this is the one. When linked to the PC all calls come through my handset

VARIDESK Pro – The key to standing up enlightenment

VARIDESK STANDING MAT – Provides additional support to your feet and legs when standing during the day. It works!

PLANTRONICS VOYAGER LEGEND – When linked with Skype or Lync on your PC there is no need for traditional land-line phone. Allows you to talk and walk without holding a mobile to your ear

Harman/Kardon Soundsticks III – Stunningly designed speaker system with one hell of a subwoofer.

Logitech K270 Wireless Keyboard – The same logic as the mouse above.

Rob Laughton works to ensure that Rt7's companies continue to develop and grow.

He is responsible for generating interest in products and services we offer by leveraging online and offline marketing. He also spends his time writing about the world on his personal blog

View all posts by Rob Laughton